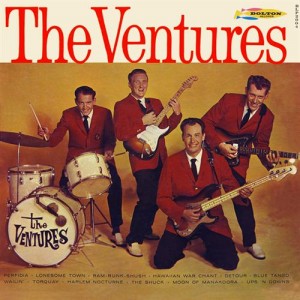 This lecture examines how the electric bass transitioned in the late 1950s and early 1960s to its current position as rock’s primary low-end instrument. Through an exploration of the musical, social, and economic culture of American teenagers, Brian Wright, a graduate student in the Department of Music, argues that the normalization of the electric bass resulted from the confluence of three distinct historical trends: the popularity of instrumental rock bands like the Ventures, a grassroots influx of self-taught amateur musicians, and the prosperous economic climate of the late 1950s. Analyzing economic data on teenagers and the musical instrument industry as well as cultural texts such as the Sears catalog, this project attempts to reclaim the suburban teenage amateur rock ‘n’ roll musicians that popularized the instrument and, in so doing, questions the established narratives of popular music history. 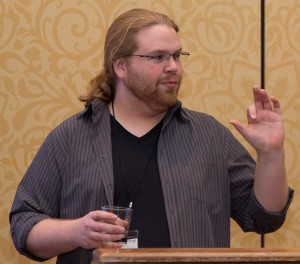 Brian F. Wright is a PhD student in musicology at Case Western Reserve University and a former research assistant for the Rock & Roll Hall of Fame Library and Archive. His dissertation focuses on the cultural history of the electric bass in jazz, rock, and rhythm & blues from 1951-1975, exploring issues such as social stigma, amateur music making, race, and popular music historiography. His article “‘A Bastard Instrument’: The Fender Precision Bass, Monk Montgomery, and Jazz in the 1950s” is forthcoming from Jazz Perspectives, and his chapter “Transvaluing Adam Clayton: Why The Bass Matters in U2’s Music” appeared in the 2014 collection U2 Above, Across, and Beyond: Interdisciplinary Assessments. His work has also been published in the Journal of World Popular Music, Environmental Values, and Notes: The Quarterly Journal of the Music Library Association, and he has presented at the American Musicological Society, the Society for American Music, and the US branch of the International Association for the Study of Popular Music.