Truth be Told: How to spot Bunk and stay sane in the Age of Euphemism 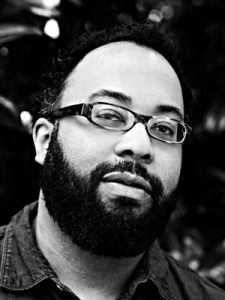 This event is part of the 2020 Cleveland Humanities Festival: TRUTH.

In this time of “fake news” and “bad blood,” how might we still believe? In this talk, award-winning poet and critic Kevin Young tours us through a rogue’s gallery of hoaxers, plagiarists, forgers, and fakers, from P.T. Barnum to the present. Young traces the history of the hoax as a peculiarly American phenomenon, examining what motivates hucksters and makes the rest of us so gullible. Finding that fakery is woven from stereotype and suspicion—race being the most insidious American hoax of—Young ultimately reveals the dangers of disbelief and the enduring power of art.

Kevin Young is the director of the Schomburg Center for Research in Black Culture, recently named a National Historic Landmark, and poetry editor of The New Yorker, where he hosts the poetry podcast.

He is the author of thirteen books of poetry and prose, most recently Brown (Knopf, 2018), as featured on the Daily Show with Trevor Noah; Blue Laws: Selected & Uncollected Poems 1995-2015 (Knopf, 2016), longlisted for the National Book Award; and Book of Hours (Knopf, 2014), a finalist for the Kingsley Tufts Poetry Award and winner of the Lenore Marshall Prize for Poetry from the Academy of American Poets. His collection Jelly Roll: a blues (Knopf, 2003) was a finalist for both the National Book Award and the Los Angeles Times Book Prize.