Faculty-Work-in-Progress –  From Translation and its Aftermath: The Soviet Legacy in a Post–Socialist Cuba

In her lecture, Damaris Punales-Alpizar, Assistant Professor of Spanish, proposes an approach to the socialist literature in Spanish that was consumed in Cuba from the sixties to the nineties and, following the theories of translation of Itamar Evan-Zohar, attempts to elucidate the peripheral and central role that such literature had in the formation of a Cuban literary polysystem. 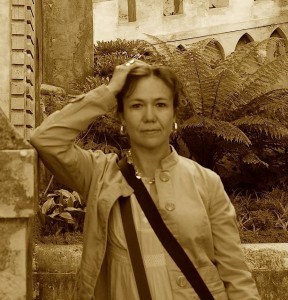 Damaris Puñales-Alpízar is Assistant Professor in the Department of Modern Languages and Literatures. She teaches courses on literature, film, Caribbean and Latin American culture, and literary theory. She is the director and founder of the CWRU program of study abroad in Cuba. Her books Written in Cyrillic: The Soviet Ideal in post–1990 Cuban Cultural Production (2012, sole author), and The Atlantic as Frontier: Cultural Mediations between Cuba and Spain (2014, editor and introduction) deal with transatlantic influences on Cuban culture. Her articles have appeared in leading academic journals in United States, Cuba, Russia, Mexico and Spain, such as Revista de Crítica Literaria Latinoamericana, Revista de Estudios Hispánicos, Caribbean Studies, Revista Iberoamericana, Habana Elegante, Kamchatka, Vallejo&Co. She was the editor of the special dossier “Cuba: the Soviet flavor of a tropical island. A visit 20 years later “(La Habana Elegante, 2012). Her photo collection “Cuba Today: A Soviet Inventory” was exhibited in 2012 at the ArtStudio Gallery, in CWRU. She is co-director and co-founder of Revista Trasatlántica. Poetry and Scholarship.