What Have We Learned About Culture, Disadvantage and Black Youth? 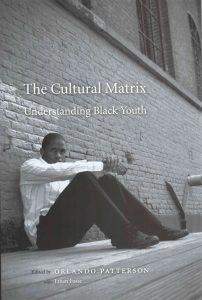 Click HERE an article of the 2016 Anisfield-Wolf Book Awards Ceremony.

A substantial minority of black youth suffer major disadvantages in America–racism; ghettoization; poverty; high drop-out, unemployment and incarceration rates; violence and policy brutality — yet are among the most culturally creative and influential groups in the nation. Social scientists have had only limited success in explaining their plight and their paradoxical role in America’s popular culture, largely due to the reluctance to consider cultural factors. In his talk, Orlando Patterson, John Cowles Professor of Sociology at Harvard and recipient of the 2016 Anisfield-Wolf Book Awards Lifetime Achievement Prize, will explain the reason for this reluctance and propose an interactive approach to an understanding of these problems, one that sees culture as a dynamic process that operates interactively with socio-economic and environmental forces in accounting for both negative and positive outcomes.

Orlando Patterson, a historical and cultural sociologist, is the John Cowles Professor of Sociology at Harvard University. He previously held faculty appointments at the University of the West Indies, his alma mater, and the London School of Economics where he received his PhD. He has written on the cultural sociology of sports, especially the game of cricket. Professor Patterson is the author of numerous academic papers and 6 major academic books including, Slavery and Social Death (1982), Freedom in the Making of Western Culture (1991), The Ordeal of Integration (1997), and The Cultural Matrix: Understanding Black Youth (2015).

Click HERE for Information about the Anisfield-Wolf Book Awards.