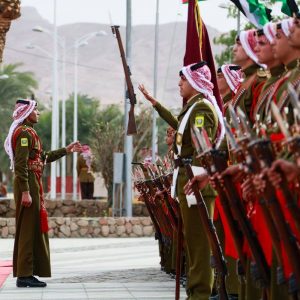 Since its inception as a monarchy and a state during World War One, the Hashemite Kingdom of Jordan has participated in or been linked to nearly every major war in the Middle East. From multiple Arab-Israeli wars to civil wars and through to today’s violent conflicts in Syria and Iraq, observers have often portrayed Jordan as “surviving” or “weathering” regional conflict. In his project, Pete Moore, M. A. Hanna Associate Professor of Political Science, charts a different political history of war in the Middle East. It seeks to understand how war making and war preparation have shaped the construction of the Jordanian state and its socio-economic development.

Pete Moore is the M. A. Hanna Associate Professor of Political Science; Associate Professor and Director of Graduate Studies for the Department of Political Science.  His research  interests focus on economic development and state-society relations in the Middle East and Africa; specifically, Gulf Arab States and Levant; business-state relations, privatization, and decentralization; sub-state conflict and regional security. Professor Moore currently serves on the Editorial Board of Middle East Report and is a member of the Northeast Ohio Consortium for Middle East Studies.