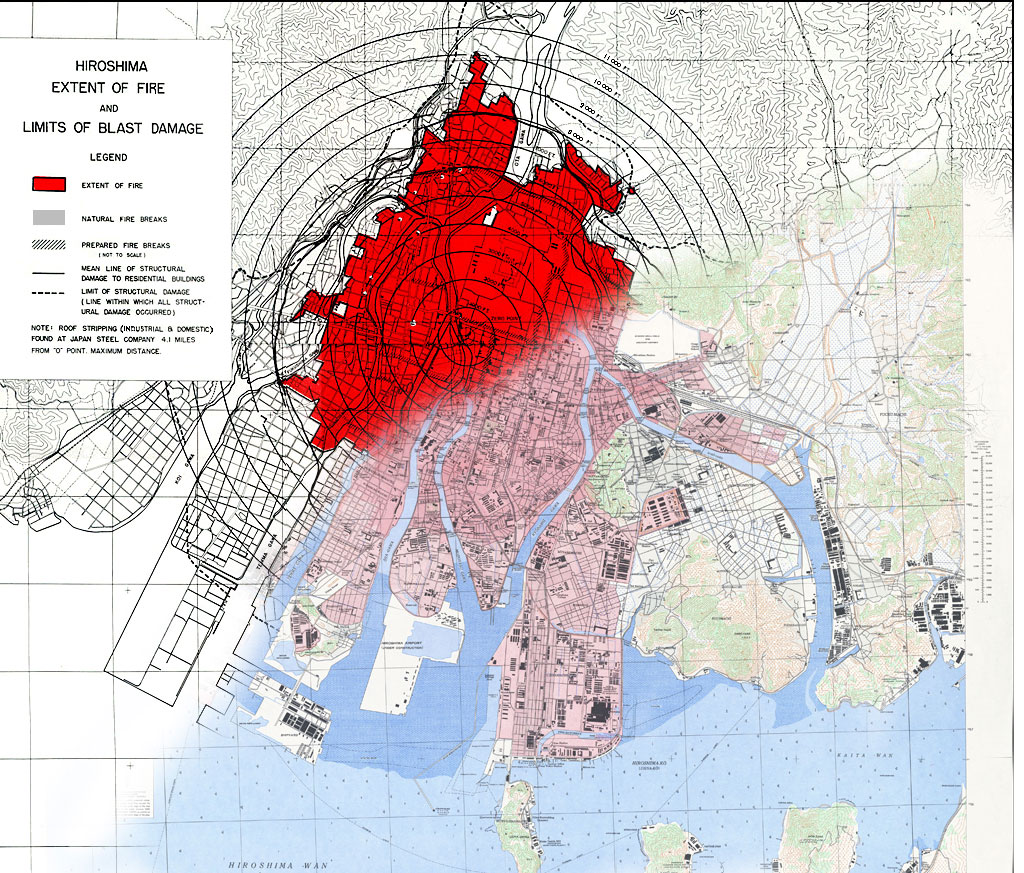 Since the atomic bombing on August 6, 1945, the name “Hiroshima” has come to signify less the name of a city than an unthinkable event or an incalculable fear of nuclear war. While an official culture of commemoration has grown up around the site of the actual bombing, Mark Pedretti examines literary artifacts that paint a very different image of the city, and suggests a different form of historical memory. Drawing primarily upon Ibuse Masuji’s 1965 novel Black Rain (Kuroe Ame), along with photographic archives of Hiroshima both before and after the bombing, Pedretti uses the novel’s obsessive attention to place names as a way of virtually reconstructing the city, and of suggesting the relative importance of surrounding towns and villages in witnessing the effects of the bombing. The goal of this project has been to use geospatial information coordinating technology to precisely describe the locations of Ibuse’s novel, and to visualize a place that, for many Americans, remains a distant abstraction.

Presenting with Dr. Pedretti will be Ann Holstein, GIS Specialist at the Freedman Center for Digital Scholarship. She will discuss how geospatial technologies were used in his research to show frequencies of place names as a hotspot density map, and will explain the basics of GIS so that other scholars can consider its many uses for projects that may include a spatial data component.