THIS EVENT HAS BEEN CANCELLED DUE TO THE AMBASSADOR’S REQUIRED TRAVEL TO THE HOME OFFICE.  WE HOPE TO RESCHEDULE SOON.  PLEASE WATCH THE WEBSITE FOR UPDATES.

H.E. Dr. Réka Szemerkényi, the Ambassador of Hungary to the United States, will discuss current developments in the foreign policy of her country in light of recent events that have unsettled Europe and the international community.

In the last few years we have witnessed major changes and developments in international politics which have challenged the architecture of international system we have known since the 1990 system changes in Europe. On the one hand, Russia’s annexation of the Crimea has violated, and the crisis in Eastern Ukraine has tested, the frames of international law. On the other hand, the pillars and the very foundations of statehood have been questioned in the Middle East and North Africa. In the midst of these parallel challenges, the European Union has experienced two crises with a magnitude never known before: first, the threat of the “Grexit”, which has not only shaken the Eurozone but has forced debates on the very nature of the European Union itself, second, the migration crisis only comparable to the Second World War has stressed not only the strength and structures of the European Union but has questioned how we think about the future political, economic and societal design of Europe. Hungary is in the frontlines of these most fundamental challenges. Whilst struggling to cope with these, Hungary aims at accelerating economic growth and improve energy security. In order to succeed, Hungary has renewed its foreign policy and has introduced significant structural reforms to adjust it to the new realities of the turbulent global developments. 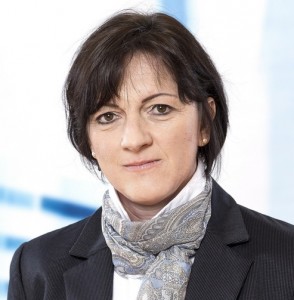 Dr. was appointed Ambassador of Hungary to the United States in 2015. Previously, from 2011 to 2014, she was Chief Advisor on Security Policy to the Prime Minister of Hungary. In this capacity, she covered Trans-Atlantic issues, Central European regional relations, the Balkans, Russia, with a particular emphasis on energy security and cyber security.

Between 2006 and 2011, she was Head of International Public Affairs and Chief Advisor on International Relations to the Chairman of the Board of MOL Group, the Hungarian Oil and Gas Company. In this capacity, her role was to cover European Union energy policy and security developments and the establishment of the Central European regional energy cooperation, as well as to provide professional support for executive decisions on a wide range of issues in international affairs.

In her academic and research work, she has been a regular speaker at high level international conferences. She was also university lecturer University in Budapest, as well as at the ASERI Centre of International Relations, Catholic University of Milan, Italy. She was foreign policy op-ed author of the Hungarian weekly magazine for six years. She is the author of several publications in international relations, security policy and energy security. She worked as Research Associate at the International Institute for Strategic Studies (IISS) in London (1995-6) where she wrote Adelphi Paper No. 306 entitled Central European Civil-Military Reforms At Risk, published by Oxford University Press in 1996. She was elected President of the Hungarian New Atlantic Intiative, NGO, between 2003 and 2012 and she now serves as elected Vice President of the Hungarian Atlantic Council.

She completed her Degree in Strategic Studies as a Fulbright Fellow at SAIS, Johns Hopkins University in Washington DC (1993-5). She earned her Doctoral Degree at Catholic University of Budapest in 2006, her PhD Thesis being: Energy Security – West European and Warsaw Pact Energy Strategies between 1945-1990.  She was awarded the Slovak Atlantic Commision In Appreciation of Bene Merito honour by Radoslaw Sikorski, Minister of Foreign Affairs of Poland (2010). She was honored with the “Commandeur” by President Jacques Chirac (2001). In Hungary, she was decorated Na, by the Minister of Defense of Hungary (1999).