Who Started World War I? Centenary Debates about War Guilt and Meaning

A Niagara of new histories has greeted the centenary of the outbreak of World War I, and none more impressive or widely-read than Christopher Clark, Sleepwalkers: How Europe Went to War in 1914 (Harper, 2013). In his very title, Clark paints a portrait of European statesmen asleep at the wheel, stumbling blindly into a war that waking people would have avoided. The logic of this interpretation spreads responsibility for the mis-steps that led to war evenly among all participants, returning to interpretations dominant from the mid 1920s to 1961 and causing major controversy in Germany in particular. This talk traces the history of how historians have assessed diplomatic and moral responsibility for the outbreak of World War I from 1914 to the present, with particular attention to the reasons for the vigorous resistance Clark’s exculpation of Imperial Germany has found in the Berlin Republic one hundred years on.

The lecture is part of the Baker-Nord Center’s World War One Centennial Series. 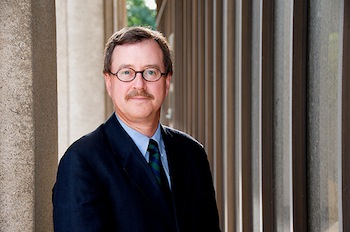 Ken Ledford, Associate Professor of History and Law at Case Western Reserve University, is a social historian of modern Germany, from 1789 to the present. His research interests focus primarily upon processes of class formation, particularly the emergence and decline of the profound influence of the educated, liberal middle-class of education, the Bildungsbürgertum. The salient ideology of this social group was classical liberalism, whose vocabulary both shaped and was shaped by the primary social institution of the Bürgertum, law and the legal order. He has written about German lawyers in private practice, and his present work is on a book about the Prussian judiciary between 1848 and 1918.