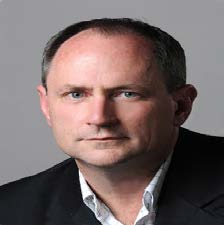 generation ago, a “new historicism” blew like a fresh breeze through the stuffy institution of literary criticism; now, after decades of success, it is routinely attacked as a stuffy institution itself. So it seems a good time to think back over what it was and what happened to it. This lecture will argue that more is at work than the destined fading of new fashions into the old-fashioned; it will explore the nature of the movement’s innovations, the substance of its accomplishments, and the self-defeating logic enclosed in both.

Steven Justice is Chancellor’s Professor of English at UC Berkeley, where he teaches topics in medieval literary history and literary criticism. Justice has been a fellow at the Stanford Humanities Center, and Council of the Humanities Fellow at Princeton University, and has held fellowships from the National Endowment for the Humanities, the Huntington Library, and the University of California. He is the author of Writing and Rebellion: England in 1381 (University of California Press 1994), Adam Usk’s Secret (University of Pennsylvania Press 2015), and numerous essays.

This event is sponsored by the Case Western Reserve University Department of English, and is free and open to the public.