The Falling Rate of Profit: Karl Marx’s Struggle to Prove the Demise of Capitalism 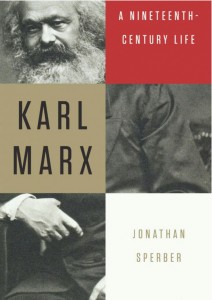 Although never explicitly mentioned in Vol. 1 of Capital, the idea of a falling rate of profit was central to Karl Marx’s understanding of both the workings of capitalism and to what he expected to be its ultimate demise. Jonathan Sperber–Curator Professor of History at the University of Missouri–will explain Marx’s concept of the falling rate of profit and the difficulties he encountered with definitively proving what he knew intuitively to be the case. This elucidation of a central element of Marx’s economics will help to place his ideas both in the history of economic thought but also in the history of the capitalist economic system.

Sperber’s scholarship is best described as social history, although there is plenty of political and religious history in it as well. Much of his writing deals with nineteenth century Europe, and primarily Germany, although he has made occasional forays into the eighteenth and twentieth centuries and to other parts of the continent. One important focus of his work has been the history of religion. His first book, Popular Catholicism in Nineteenth Century Germany (1984), was about popular religion, its social context, and its political ramifications.