I Do and I Don’t: A Discussion of Marriage in the Movies

As long as there have been feature movies there have been marriage movies, and yet Hollywood has always been cautious about how to label them–perhaps because, unlike any other genre of film, the marriage movie resonates directly with the experience of almost every adult coming to see it. Jeanine Basinger, Corwin-Fuller Professor of Film Studies, founder and curator of the Wesleyan Cinema Archives, and Chair of the Film Studies Department at Wesleyan University. traces the many ways Hollywood has tussled with this tricky subject, explicating the relationships of countless marriages in the movies. 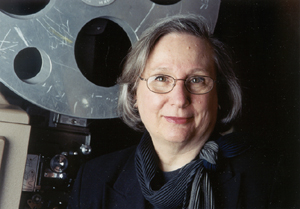 Jeanine Basinger is the Corwin-Fuller Professor of Film Studies, founder and curator of the Wesleyan Cinema Archives, Chair of the Film Studies Department, and a 1996 recipient of Wesleyan’s Binswanger Prize for Excellence in Teaching. Her book, Silent Stars, won the National Board of Review’s William K. Everson Prize, and her most recent book, The Star Machine, published by Knopf, 2007 won the Theatre Library Association Award. She is the author of numerous articles and book reviews in such publications as The New York Times, American Film, Film Quarterly, and Opera News, as well as ten books on film including A Woman’s View: How Hollywood Spoke to Women 1930-1960; The World War II Combat Film: Anatomy of a Genre, and Anthony Mann: A Critical Study. Her new book, also to be published by Knopf is in the works. Professor Basinger is a trustee of the National Board of Review, a trustee emeritus of the American Film Institute, and a former member of the Board of Advisors of the Association of Independent Video and Filmmakers. She served as advisor to Martin Scorsese’s film foundation project, The Story of Movies; co-produced and American Masters episode on Clint Eastwood, and was head consultant on the PBS special “American Cinema: 100 year of Filmmaking” for which she also wrote the companion book.

Click HERE to watch a video of Jeanine Basinger.