Imagination and Diaspora in Peter Balakian’s Poetry and Prose 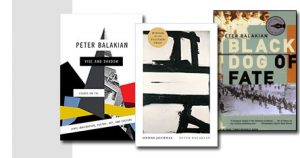 Peter Balakian, Pulitzer-prize winning Armenian American poet and writer and the Donald M. and Constance H. Rebar Professor of Humanities at Colgate University, will discuss the impact of the post genocide Armenian diaspora in his poetry and his memoir Black Dog of Fate.  He will explore how the impact of the history of exile and uprooting can inflect and shape literary imagination and in doing so help create a wider understanding of the legacy of traumatic history.

This event is co-sponsored by the Armenian Cultural Organization. 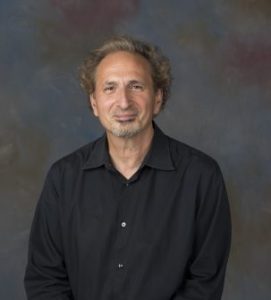 Pulitzer Prize-winner Peter Balakian is the author of seven books of poems, four books of prose, and two translations. His poems have been critically acclaimed in the US and abroad for over four decades and his memoir was a best book of the year for the New York Times, the LA Times, and Publisher’s Weekly.

Working from a form of poetics he calls “writing horizontal,” Balakian’s poetry engages a wide range of realities including genocide, war, terrorism, climate change, AIDS epidemic, historical trauma and memory as well as the personal domains of love, death, art, and culture. His is a sensuous language: personal and cosmopolitan, elliptical and cadence-jolted, sharp and textured, such that the language itself becomes its own force of discovery and meaning. In his poetry and prose, social and political forces shape the self while at the same time enveloping an American grain and the reverberations of historical memory. Balakian is a major American voice, a poet and writer who is able to engage the discordant realities of contemporary life in all its starkness and difficulty—as well as in its moments of revelation, beauty, and resilience.

Ozone Journal, his most recent poetry collection, won the 2016 Pulitzer Prize. Of the poems in this book, Keith Jones of Consequence Magazine writes: “Balakian is a master of—the drifting, split-second mirage, the cinematic dissolve and cross-cut as well as the sculptural, statuesque moment chiseled out of consonant blends and an imagistic, jazzman’s ear for vowels…beautiful, haunting, plaintive, urgent, in our dying world’s age, these poems legislate a vital comportment to the demands of our shared present, timely and untimely both.” Other collections include Ziggurat (2010), June-tree: New and Selected Poems 1974-2000, Father Fisheye (1979), Sad Days of Light (1983), Reply From Wilderness Island (1988), Dyer’s Thistle (1996). The Press of Appletree Alley has published four fine limited editions of his poems, with illustration.

Vice and Shadow: Essays on the Lyric Imagination, Poetry, Art, and Culture was published in 2016. Balakian’s highly acclaimed memoir Black Dog of Fate (1997) received the PEN/Albrand Prize for memoir and was a New York Times Notable Book. The Burning Tigris: The Armenian Genocide and America’s Response received the 2005 Raphael Lemkin Prize and was a New York Times and National Bestseller as well as a New York Times Notable Book. He is also the author of Theodore Roethke’s Far Fields (1989). His translation with Aris Sevag of Grigoris Balakian’s Armenian Golgotha: A Memoir of the Armenian Genocide was a Washington Post book of the year.

Balakian’s work has appeared widely in American magazines and journals such as The Nation, The New Republic, Antaeus, Partisan Review, Poetry, and The Kenyon Review; and in anthologies such as New Directions in Prose and Poetry, The Morrow Anthology of Younger American Poets, and The Wadsworth Anthology of Poetry. His essays on poetry, culture, art, and social thought have appeared in many publications including the New York Times Magazine, The Guardian, Slate, LA Times, Art In America, American Poetry Review, The Chronicle of Higher Education, and Poetry. He is co-founder and co-editor with the poet Bruce Smith of the poetry magazine Graham House Review, which was published from 1976-1996, and is the co-translator (with Nevart Yaghlian) of the book of poems Bloody News From My Friend by the Armenian poet Siamanto.

In 2016, the Republic of Armenia awarded Balakian with the 2016 Presidential Medal and, in 2007 the Movses Khorenatsi Medal. Other prizes and awards and civic citations include a Guggenheim Fellowship; National Endowment for the Arts Fellowship; Virginia Quarterly Review; PEN/Martha Albrand Prize for Memoir; the Raphael Lemkin Prize for the best book in English on the subject of genocide and human rights’ and the Spendlove Prize for Social Justice, Tolerance, and Diplomacy (recipients include President Carter). his work His work has been translated into a dozen languages and foreign editions including Armenian, Arabic, Bulgarian, French, Greek, German, Dutch, Bulgarian, Turkish, Russian, Hebrew, Russian, Serbo-Croation, and in the UK. He has appeared widely on national television and radio: PBS News Hour with Jeff Brown, 60 Minutes, ABC World News Tonight, Charlie Rose, CNN, C-SPAN, NPR, and Terry Gross’s Fresh Air.

Balakian was born in Teaneck, New Jersey. He attended Tenafly public schools and graduated from Englewood School for Boys (now Dwight-Englewood School) before earning his B.A. from Bucknell University, an M.A. from New York University, and a Ph.D. from Brown University in American Civilization. He has taught at Colgate University since 1980 where he is currently Donald M. and Constance H. Rebar Professor of the Humanities in the department of English, and Director of Creative Writing. He was the first Director of Colgate’s Center For Ethics and World Societies.