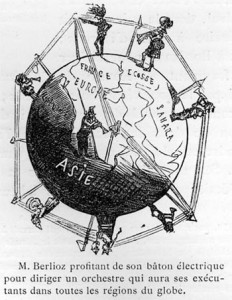 Hector Berlioz — along with Louis Spohr and Felix Mendelssohn — is often cited as the first of the modern conductors, a larger-than-life figure at once magisterial, quasi-magical and military. Among the formative moments of his conducting career was his concert at the Exposition universelle (Paris, 1855), which established him as a musical leader of formidable power. Key to Berlioz’s success was a new wedding of music with technology: the implementation of an “electric baton.” Francesca Brittan — associate professor of Music — will explore the nature of his device and, more broadly, the ways in which electricity and telegraphy emerged as factors central to romantic notions of conducting. Not merely musical figureheads, conductors became symbols of empirical and imperial modernity, drawing together “art and industrialism.” 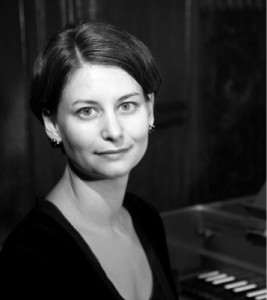 Francesca Brittan, appointed Assistant Professor of Music at Case in 2009, is a scholar of nineteenth-century music and aesthetics. She holds a Ph.D. from Cornell University (2007), and was a Research Fellow at Queens College, Cambridge between 2006-08. Her current book project centers on music and fantastic aesthetics in nineteenth-century France, drawing together musical, literary, visual, and scientific texts.