Faculty-Work-in-Progress – Designing Power: The Women of The Fashion Group and the Promotion of Feminist Style During the 1930s and 1940s 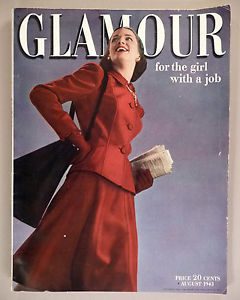 During the interwar period, the fashion industry offered women more possibilities to gain positions of power and influence within the business. In 1930, The Fashion Group—an all-female organization of prominent women in the fashion business—was founded as a forum to promote the American fashion industry and women’s role in it. In its activities and publications, the Fashion Group managed to popularize ideas about women’s freedom and contributed to the mainstreaming of feminism in the popular media through the rise of the “American Style” that imagined the modern fashion consumer as economic independent, physically mobile woman seeking both style and comfort. In her talk, Einav Rabinovitch-Fox, a Visiting Instructor in the Department of History, focuses on the role of the Fashion Group as a facilitator for women’s empowerment in the fashion business and highlights the presence of feminist networks in the post-suffrage period and their role in redefining feminism during this time. It argues that the commercialization of feminism through the emphasis on clothes and appearance did not necessarily lead to its cooption and ultimate demise, but offered alternative routes through which women could claim a voice and influence.