A Conversation with Peter Ho Davies 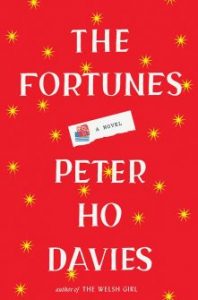 This event features Peter Ho Davies, recipient of the 2017 Anisfield-Wolf Book Award for Fiction, in conversation with CWRU faculty members Thrity Umrigar and Lisa Nielson. Peter Ho Davies’ innovative novel, The Fortunes, examines the burdens, limitations and absurdities of Asian stereotypes.  In four linked sections, The Fortunes explores the California Gold Rush, actress Anna May Wong, the 1982 murder of Vincent Chin by a disgruntled Detroit autoworker, and the contemporary adoption of a Chinese daughter by American parents. Davies, is a Professor in the Helen Zell MFA Program in Creative Writing at the University of Michigan. 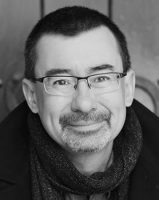 Peter Ho Davies grew up in Coventry, England, the son of a Welsh engineer and a Malaysian Chinese dentist. It’s a soccer saturated place, and Sook Ying Davies remembers carrying him when England last won a World Cup. Her son studied physics as an undergraduate, but gravitated toward writing in a language—English—that was neither of his parents’ first tongue. Davies’ first published story, “Mountain,” arrived in print when he was 21.

Now teaching creative writing and playing indoor soccer in Ann Arbor, Michigan, Davies is drawn to questions of authenticity and constructed identities. He told the Guardian newspaper last year that “there’s not an identity that I can lay claim to that I don’t also feel ambiguous or ambivalent about, whether that’s Chineseness, or Welshness or Britishness. Do I hesitate to claim Americanness? Yes. But I feel the same hesitancy to claim any of those identities.”

So The Welsh Girl, longlisted for the Booker Prize, explores questions of Welshness. Davies sees his second novel, The Fortunes, as “examining the burdens, limitations and absurdity of Asian stereotypes.” It bends genre and race in ways that make it “a prophetic work in 2017,” according to Joyce Carol Oates, an Anisfield-Wolf juror.

The novel begins amid the 19th-century U.S. Gold Rush, and in the mind of Ah Ling, who has come from Hong Kong to work his way up from Sacramento laundry labor to valet for an American railroad baron. The second section tells of Anna May Wong, the first Chinese film star in Hollywood, who wasn’t cast in “The Good Earth;” the lead in the 1937 film went to Luise ((cq)) Rainer. The third section centers on Vincent Chin, killed in 1982 by a Detroit autoworker and his stepson who mistook Chin for Japanese. His death galvanized Asian American civil rights. The fourth story follows John Ling Smith, a Chinese-American writer who speaks no Mandarin or Cantonese. He and his wife visit China to adopt a daughter.

“The Fortunes is a boldly imagined work of fiction in which historic figures—Chinese, Chinese-American, ‘white’—come to an astonishingly vivid, visceral life through the power of Peter Ho Davies’s prose,” Oates writes.

On Davies’ website is a playlist to accompany The Fortunes. It contains some tunes that appear in the book, and pairs songs to reflect cultural dualities. So the Cee Lo Green/Jack Black version of “Kung Fu Fighting” matches with the Carl Douglas take. And Ella Fitzgerald’s version of “These Foolish Things” sits next to Leslie Hutchinson’s. The song itself is thought to have been inspired by Anna May Wong.

Davies lives in Ann Arbor with his wife Lynne Raughley and son Owen.