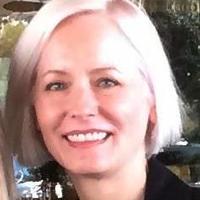 During the 16th and 17th centuries, Chinese ceramics were acquired as objects of exoEca and vessels for the consumpEon of tea and coffee, as well as for display in the country house interior. DiplomaEc and poliEcal conflicts of the 18th and 19th centuries prompted a shiR in BriEsh consumpEon of pieces as both spoils of war and iconic representaEons of China. PercepEons of China and its ceramics began to change significantly in the 20th century with objects acquired as works of art and displayed publicly in museums. Art historian and curator Stacey Pierson explores the collecEng, consumpEon and display of Chinese porcelain in Britain which culminated in the founding of a museum of Chinese ceramics in London by one of the foremost BriEsh collectors, Sir Percival David (1892-­‐1964).

Stacey Pierson is Senior Lecturer in Chinese Ceramics in the History of Art and Archaeology Department at SOAS|University of London. She is the author of several books, edited volumes and exhibiEon catalogues, as well as numerous book chapters and arEcles on Chinese ceramics from material, historical, design, art market, and collecEng perspecEves. Her current research is focused on the history and impact of collectors groups and learned socieEes on the development of the discipline of art history in Britain and on the transcultural history of Ming porcelain.

This event is co-sponsored by the CWRU Department of Art History and the Baker-Nord Center for the Humanities, with support from Pauline and Joseph Degenfelder.