The Speaking River: Voices In and From the Urban Landscape 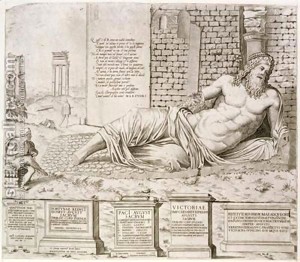 Rivers are often background, especially within city limits. In modern cities, formerly obstreperous rivers have been channeled and generally domesticated by embankments and weirs, and condemned to carry tourist craft and little else. However, in many cities, the river is the most ancient and persistent “natural” element, qualifying often as a symbol — not least in art and poetry — of a city that it preceded and will probably outlive. It may even receive a voice, and become a kind of character in the drama of that unfolds around it. With the professionalization of landscape design in the 19th century, especially in the US, rivers (including “fake” rivers) became key elements of planned landscapes, offering a kind of urban arcadia, a therapeutic environment of pastoral calm. But this was not always possible; at times a wilder kind of river fired the imagination of planners and poets, and prepared the way for conceptions of the city as sublime scenery and setting for action.

Charles Burroughs, Chair of the Department of Classics and The Elsie B. Smith Professor in the Liberal Arts has spent most of his career as an art and architectural historian, but thanks the CWRU Classics Department for the opportunity to return to his beginnings. As a student of Classics at a high school in Bristol, his route to school led over the river at the heart of the city. A lifelong interest in landscape design and environmental history, as well as a passion for gardening, have driven an inquiry, still at an early stage, into the park system designed by the great American landscape designer F.L. Olmsted for Rochester, NY, where, for the first time in his work, a river forms the spine of the layout, moving through extraordinary changes of landscape and mood. It is Burroughs’s contention that this design is radically different from Olmsted’s earlier projects, not least through its embrace of the city as a space of industry, a sublime environment.