Harvard Classics Professor, teacher since 2004 of the freshman seminar, “Bob Dylan”, and celebrated ‘Dylanologist’ Richard F. Thomas makes a compelling case for why the music and lyrics of Bob Dylan endure and inspire us.  Thomas discusses his new book Why Bob Dylan Matters with MacArthur Fellow and fellow Dylanologist Thomas Palaima and Professor Daniel Goldmark, Director of CWRU’s Center for Popular Music Studies.

This event is co-sponsored by the Rock and Roll Hall of Fame Library and Archives and the CWRU Center for Popular Music Studies.

Book sale and signing will immediately follow the lecture.

Free and open to the public. 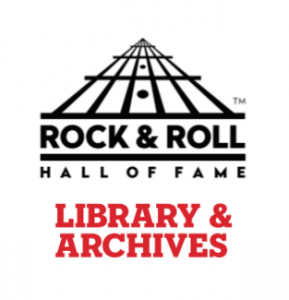 His publications include a monograph Lands and Peoples in Roman Poetry: The Ethnographical Tradition (Cambridge 1982), a two-volume text and commentary on Virgil’s Georgics (Cambridge 1988); a collection of his articles on the subject of Virgilian intertextuality, Reading Virgil and his Texts (Michigan 1999); a study of the ideological reception of Virgil from its beginnings through the twentieth century, Virgil and the Augustan Reception (Cambridge 2001) and two co-edited books to which he also contributed: with Charles Martindale, Classics and the Uses of Reception (Blackwell 2006); with Catharine Mason the co-edited online volume, The Performance Artistry of Bob Dylan, (Oral Tradition 22.1 2007); a commentary on Horace, Carmen saeculare and Odes 4 (Cambridge 2011); co-edited with Jan Ziolkowski, a three-volume Virgil Encyclopedia (Wiley-Blackwell 2014); and Why Bob Dylan Matters (Dey Street Books 2017). He also co-edited and contributed to Widener Library: Voices from the Stacks, a special issue of Harvard Library Bulletin (Cambridge, MA 1996). He has published articles, notes and reviews on Hellenistic Greek poetry, on Roman poetry, particularly of the Republican and Augustan periods, on Tacitus, on the reception of Classical literature, and on the lyrics of Bob Dylan. For further details, see Publications.

He is interested in a variety of critical approaches (chiefly philological, intertextual, narratological, reception poetics), and in literary history, metrics and prose stylistics (particularly Tacitus), genre studies, translation theory and practice, the reception of Classical literature and culture, particularly with respect to Virgil, Bob Dylan.

He has served as the Director of Undergraduate Studies, Director of Graduate Studies, and Department Chair in the Department of the Classics. He is Co-chair of the Seminar on “The Civilizations of Ancient Greece and Rome,” in Harvard’s Mahindra Humanities Center. He has served as Director of the American Philological Association and as Trustee, Director, and President of the Vergilian Society of America. Since 2001, he has been a Trustee of the Loeb Classical Library, and is currently serving as Editor of Harvard Studies in Classical Philology.

Click HERE for the Harvard Magazine article about Richard Thomas.