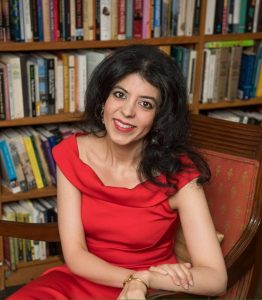 In this series of lectures, Priya Satia, Professor of Modern English History at Stanford University, will examine how people with conscience have committed unconscionable acts in the modern period. In some ways, the “modernity” of the modern period lies precisely in the growing awareness of conscience as an ethical rather than religious quality–a new self-consciousness about conscience. This understanding of conscience was tied to the modern historical sensibility; it depended on a sense of how much agency, and thus responsibility, humans have in shaping their world and their lives. Professor Satia will examine this phenomenon in three lectures covering key moments in the history of the British empire: the question of a Quaker gun-maker’s conscience in the period of the industrial revolution; the way British officials professing deep understanding and love for the Middle East invented a violent regime of aerial policing there during World War One; and how the violence among neighbors during decolonization in postwar South Asia weighed on the conscience of all those involved. Together these case studies enable exploration of the well-meaning yet destructive nature of modern imperialism itself. This lecture series, in memory of Walter A. Strauss (1923-2008), who was the Elizabeth and William T. Treuhaft Professor of Humanities, is generously supported by funds provided by the Paul Wurzburger Endowment.

The Partition of South Asia into Pakistan and India in 1947 resulted in the biggest human migration in history, accompanied by horrific violence on a mass scale. In this lecture, Professor Satia will explore the enduring mysteries around the violence: the complicity of the departing British rulers; how neighbors became enemies overnight; and how Partition laid the groundwork for a new, divided South Asian self—a split consciousness and conscience.