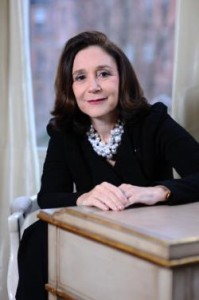 With personal communication dominated by texts, tweets and online posts, some wonder if social technology has hollowed out what it means to be social—that we are losing the art of conversation with disturbing consequences.

Sherry Turkle, a professor, author and licensed clinical psychologist, has spent the last 30 years researching the psychology of people’s relationships with technology and, in particular, how technology is shaping our modern relationships—with others, with ourselves, with it.

Turkle, often described as “the Margaret Mead of digital culture,” offers a unique perspective on technology and social interaction, and on the psychological dimensions of technological change. Her work investigates the intersection of digital technology and human relationships, from the early days of personal computers to the present world of robotics, artificial intelligence, social networking and mobile connectivity.

She is the Abby Rockefeller Mauzé Professor of the Social Studies of Science and Technology in the Program in Science, Technology, and Society at MIT, and founder and director of the MIT Initiative on Technology and Self, a center of research and reflection on the evolving connections between people and artifacts.

Turkle has written several books on the subject, most notably a critically acclaimed trilogy on computers and people: The Second Self: Computers and The Human Spirit; Life on the Screen: Identity in the Age of the Internet, and Alone Together: Why We Expect More From Technology and Less From Each Other.

Her latest book, Reclaiming Conversation: The Power of Talk in a Digital Age, is due out in October.

Turkle has been profiled in such publications as The New York Times, Scientific American and Wired. She has been named “Woman of the Year” by Ms. Magazine and among the “forty under forty” who are changing the nation by Esquire magazine. Boston Magazine named her one of Boston’s top “visionaries, idealists, and thinkers” as part of its 2014 profile of “the power of ideas.”

Turkle is a featured media commentator on the social and psychological effects of technology for CBS, NBC, ABC, CNN, the BBC and NPR, including appearances on such programs as Nightline, Frontline, 20/20, and The Colbert Report.

Tickets are free, but must be reserved HERE.