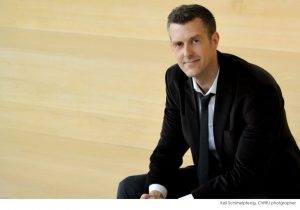 Thanks to a BNC Faculty Fellowship, Associate Professor of History John Broich will be working full-time on a new book this spring. It focuses on WWII in the Middle East and India in 1941. “It’s really about how in early 1941, with the Axis looking unstoppable, so many countries–and rivals within those countries–had to decide whether or not to stand up to fascism,” Broich says. “In the Middle East and India, colonial Britain and France certainly hadn’t given themselves, and thus democracy, a good name.” Researching along the line of this theme, he found many examples in the English-speaking press of journalists who seemed to think fascism was a reasonable way forward for the word suffering the Depression of the 1930s. When “normalization” became such a buzzword in this political season, he remembered those articles and produced a short piece called, “Normalizing the Fascists” for TheConversation.com. It was subsequently republished everywhere from TheGuardian.com to Newsweek.com, receiving 200,000 reads in a week.